You are here: Home / Libri/Books / The claw bearers: Velvet Worms 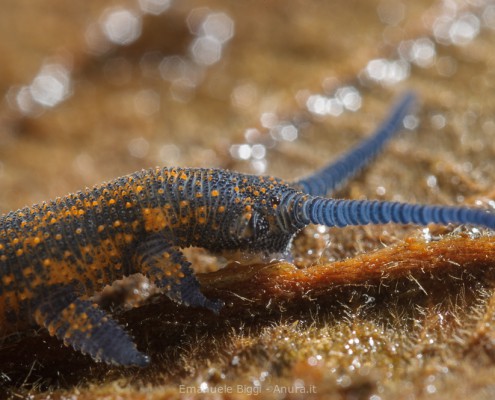 For more references about this topic you can look in the wikipedia page, where there’s quite a huge bibliography! (I didn’t check too much inside the text, but I think it could be a nice reading too, cause it’s quite complete).

The night falls over the forest, slowly the daily activity ceases, the birdsongs give way to frogs and insects calls. A rain fall in the afternoon raised the humidity on its highest levels and many underground creatures exit from their stygian retreats in search for something to eat. Among them, velvety sinous bodies crawl with tiny legs and segmented bodies, living Cambrian memories out in the present nature.

Velvet worms are among those so-called “living fossils”, or better said, those living species which attributes are equal or very close to their ancestor’s ones. A cylindrical compressed segmented body, featuring antennae, simple eyes called ocelli, one pair of legs for each segment and two oral papillae near their odd-looking mouth. Each leg ends with a pair of claws, hence the latin name of their entire Phylum: Onychophora (onyches = claw and pherein = to carry).
This strange anatomy boggled the zoologists, since they found this natural mix of a snail, an insect and a worm. It’s a small group, containing about 150-180 species, mostly from tropical and temperate regionsonce belonged to Gondwana. All the velvet worms live in very humid places, because they’re prone to dehydration and they need moisture to breath (something that recall a bit their aquatic ancestors). At about 60-70% relative humidity they lose 2-3% body weight per minute. They’re also negatively sensitive to light and live in low densities, so they’re not so easy to spot even when present. For this reason they were barely know in the past, the majority of information deriving from century old observations on two species from South Africa.
In recent years the curiosity for smaller animals, the awareness of their prime role in the ecosystems, permitted to raise the knowledge on these small creatures, including velvet worms. Some South American authors focused for years on this group, that finally got the importance it deserves.

Onychophorans are active hunters, which follow their preys thanks to the chemical information gathered by the antennae. They are medium speed patient followers, but when they reach the unfortunate arthropod, then there will not be so much hope for it. With incredible speed and accuracy, they can squirt a net of mucous fluid with their two oral papillae, that will soon entangle the struggling victim in a sticky wrap. This special liquid is a solution of water (about 70-80%) and various proteins produced in large quantities. It’s known that  a onychophoran can lose 7% of its body weight in a single expulsion, like a human expectorating in a single time about 5-7 kg!!

After this high stressing activity, weeks are needed to recover, so they tend to use the minimum amount of fluids and they normally don’t use the whole available amount, neither for self defense.

Velvet worms are also “close to humans” in some ways. They often have internal fertilisation and there are live bearing species, where the young measures about 6% of the weight of the mother, similar to humans, pregnancy period can last as long as nine-ten months and parturition can take one hour. Their simple brains can be rather “complex” and some social interactions are reported by many studies, which showed even the existence of social hierarchies. In a group, older females will always eat first and a sort of matriarchal pattern as been documented. Once a hierarchy has been established, this unique creatures tends to live close together, forming sort of packs.

The marvel never stops if we think there are not so many known species, all quite similar to each other, but with very different adaptations. There are both sexed and parthenogenetic species, long lived ones and huge ones (up to 20 cm in a Costarican Macroperipatus species). Some are cave dwellers (only two species), some others live in drier habitat, surviving the worst months by escaping inside riparian forests and/or inside deep ground crevices.  Since the Cambrian period, when they were sea dwellers without glueing abilities, they lost some spikes and external armours during evolution, but still they managed to find a way through time and space, taking us a story from 500 millions years ago. 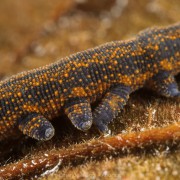 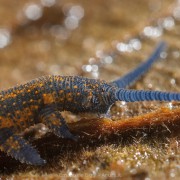 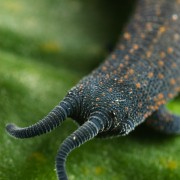 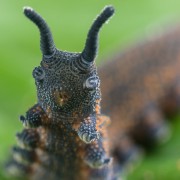 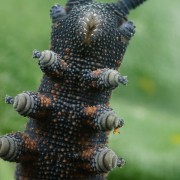 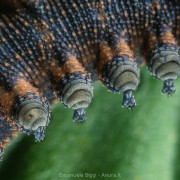 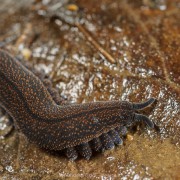 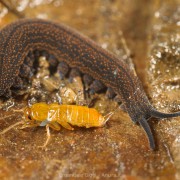 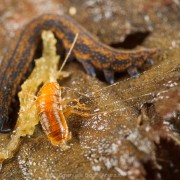 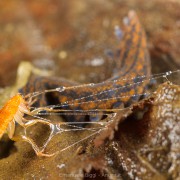 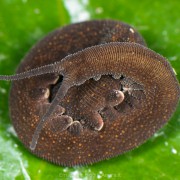 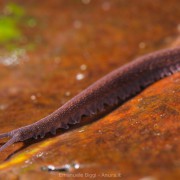 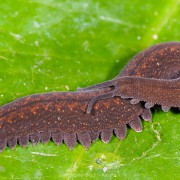 The day of the frogs, the long cold journey for survival
Scroll to top