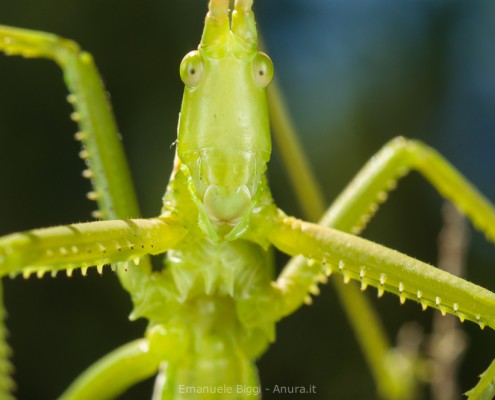 I would like to thanks Francesco Tomasinelli and Fabio Pupin for helping me in the making of this pictures. A special thank also goes to the Capanne di Marcarolo Regional Park for providing me some useful info about one location for this species.

It’s summertime in Europe, fields are exploding their best color ever and Insects are at their greatest number. Everywhere crickets and grasshoppers defend their territories and eat tons of leaves… except one…

Camouflaged among the long-leaved herbs, there’s something very similar to a large cricket, but much more lethal: the Predatory Bush Cricket (Saga pedo).
Equipped with sharp spikes all along its front legs and strong mandibles, this giant cricket is a real danger for any grasshopper passing by. She’s waiting, she doesn’t move and keeps her front legs wide open as in a false friendly embrace.
It will not pass so much time before a grasshopper will pass near, unaware of that odd spiny herb perching over..
The hunt is short, the spiny legs set off and soon the grasshopper is embraced by death. Saga pedo then begins to eat the prey using its strong razor-like mandibles.

The breeding physiology of this species is unique as well. Male are barely “known to exist” by scientist since 2008 (a specimen found in Switzerland). The populations are normally composed by females only, which breed by parthenogenesis. Basically, they produce eggs that will give birth to clones of their mothers. But that’s not all. Since this species is strongly related to grasshopper abundance and humidity, the eggs cannot hatch each year. They have to wait for the best times; a year with a particular explosion of grasshoppers for example. The female then deposit her eggs deep underground, using her sword-like ovipositor like a probe. In this way the eggs will resist to cold-weather, foods and dryness, until a particularly rainy Spring. The eggs can resist up to four years underground before hatching in small replicas of adults.
But the life of this Arthropod remains seasonal, and the adu

The female will die soon after depositing a few dozen eggs. Once again nature, even our “neighbouring” nature, can be addictive and unique. Some of the photos for this article for example, they have been taken in a small field just over the last buildings of a medium-sized city, very close to human settlements. 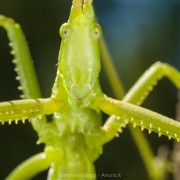 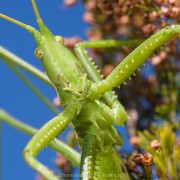 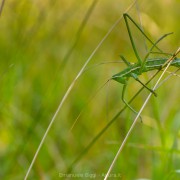 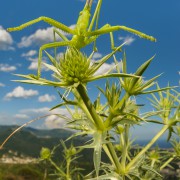 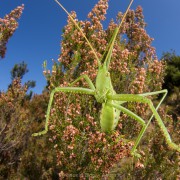 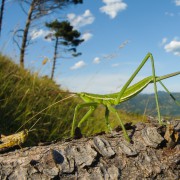 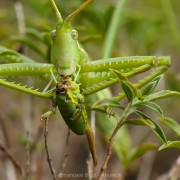 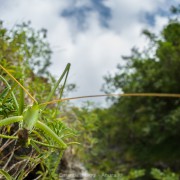