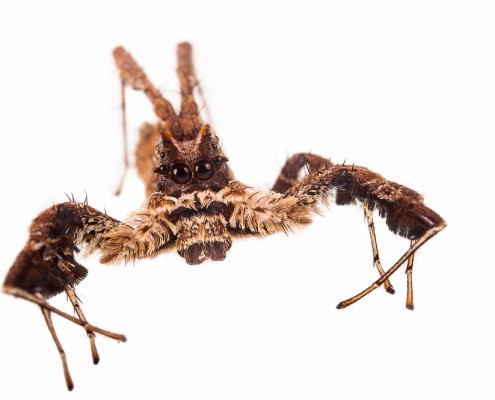 Portia is a true inspirer to me, an animal that’s in my personal top ten of most wanted, most loved predators of the microcosm. If I’ll ever have a tattoo, it will be about a Portia spider

Jumping spiders are surely among the most evolved spiders Families. They’re different from all the other spiders: they see very well and they can jump. Their front median eyes are giant and very acute, giving to these spiders the possibility to see in tetrachromatic colour vision and sensitivity to the UV light. They’re definitely the “tigers of the grass”, the ultimate ambush predators among smaller ones. But they’re not safe…

There’s a particular genus of jumping spiders, with just 17 species distributed in the Old World tropics, which is adapted to selectively hunt other spiders, including jumpers: the Portia spiders.

These spiders combine their sharp sight (ten times sharper than other jumpers) with an incredible array of modular behaviours depending on the prey they’re facing. They also have a strong memory if compared to such simple nervous system and they can remember the position of a prey for up to an hour after losing the direct sight of it. This is very useful for their hunting technique, that involves mimicry, detouring movements and ambush.

When this robot-like moving killer spots another wandering spider, like a jumper or a wolf spider, it begins to crawl behind it to be outside view. Then it stalks the prey by moving in waves like a chameleon, resembling a piece of leaf detritus moved by wind. Once it will be near the target, it will jump over to deliver its deadly bite.

Portia are even able to hunt web spiders and can decide the best technique to be the predators and to not become the prey. If it’s windy, then it should be quite safe to enter the web and walking on it to approach the spider. This behaviour is even more astonishing if we think that only a few species know how to move on a different species’ web. But in a placid day, with no air circulation, it wouldn’t be safe to enter the prey’s kingdom. So Portia places itself on one side and mimics a struggling insect by moving the web with a leg. This behaviour will literally lure the prey toward the hungry fangs of the spiders’ hunter. The luring is also used when stalking ground spiders by mimicking the vibration of a breeding male off the prey’s retreat, making the female curious and getting her outside. It as been reported that Portia can even learn how to hunt a new and never seen before spider by trial-and-error and it’s the only jumping spider that can even catch preys by using a self-made sticky net. 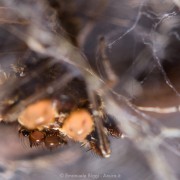 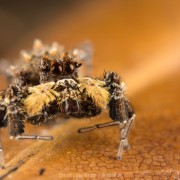 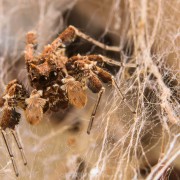 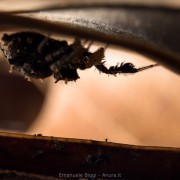 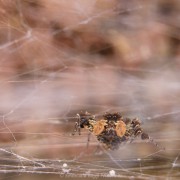 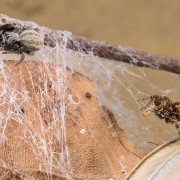 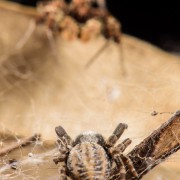 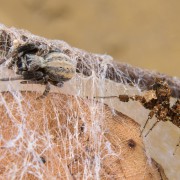 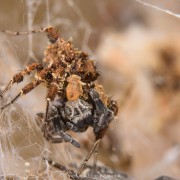 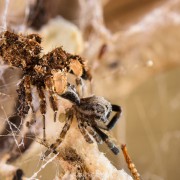 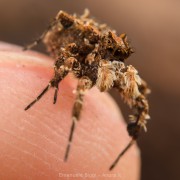 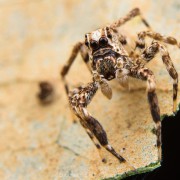 Claws in the river: Potamon fluviatile
Scroll to top