You are here: Home / Libri/Books / Claws in the river: Potamon fluviatile 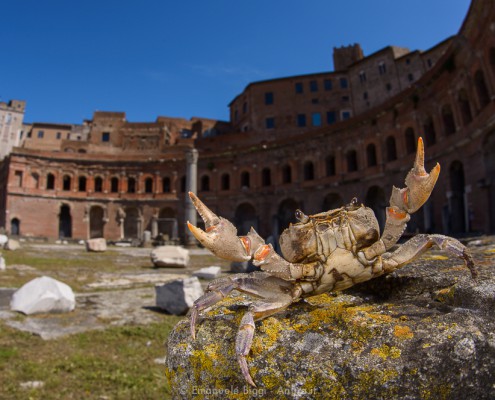 A special thanks to Bruno Cignini and the Director of Musei Traianei for helping me reaching the Rome’s population in a legal way!
Many thanks also to my friend Giacomo Radi for assisting me while taking the underwater images and on finding a great place for crabs.

Claws in the river, the Mediterranean freshwater crab (Potamon fluviatile)

The are holes in the mud around me, holes all along the river bank, a good sign of the presence of one of my preferred European arthropods, the Mediterranean freshwater crab (Potamon fluviatile)…

The Mediterranean freshwater crab belongs to the genus Potamon, that regroups a bunch of species with very curious habits. Unlike most crabs in the world, they left the sea forever and they don’t need it for breeding either, living in rivers and streams, far from their sea relatives. P. fluviatile is distributed from Greece to Italy, where it normally inhabits small calcareous and siliceous streams with muddy soil and shady banks. Like most crabs it feeds upon organic matter and actively hunts small animals like tadpoles, frogs and fishes. For this reason it’s really a “Wall-E” of nature, crushing and crunching the organic matter and contributing to process it faster and cleaner. Its fierce temperament protects him from being disturbed by many predators like water snakes and smaller birds and even against alien species like the Louisiana freshwater crayfish (Procambarus clarkii).

Its burrow is excavated in the muddy soil and it can be 40-50 cm deep with water on the bottom. Younger specimens are also found in water under rocks and logs, while adult can be found even far from water, feeding in the woods at night. Breeding takes place into water and the female keeps the eggs inside her telson pouch until the larvae are fully grown and resemble a small replica of the adult. Then they’ll be ready for their solitary life in the stream. The freshwater crab is listed as Near Threatened by IUCN Red List of Endangered Species and the main cause of its fragmented habitat are pollution, habitat alteration, overfishing and poaching. In Italy the species is protected by local and national laws but the real protection of sites and nearby areas are often too weak and it disappeared from many of its westernmost sites in these last years.

Many many (and again) many thanks to my friend and colleague Giacomo Radi (www.euleptes.net) without whom help I wouldn’t have found easily this beautiful species. His knowledge and passion were really important for this work.
Also I would like to thanks Dr. Bruno Cignini and the Director of Fori Imperiali Museum for helping me to reach the place where these crabs live inside roman ruins. 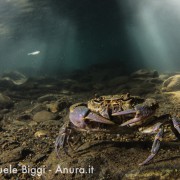 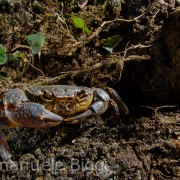 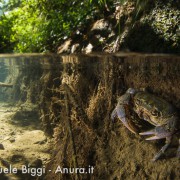 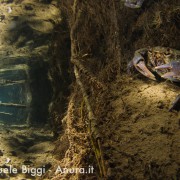 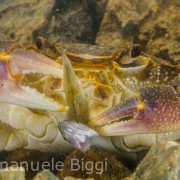 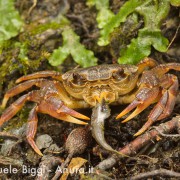 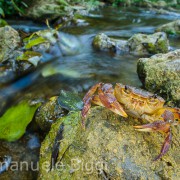 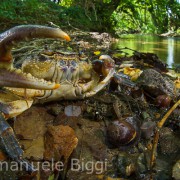 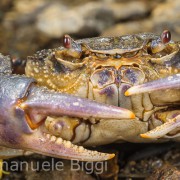 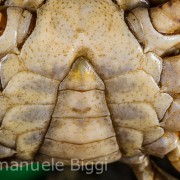 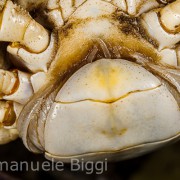 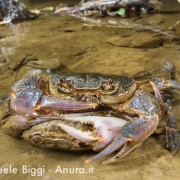 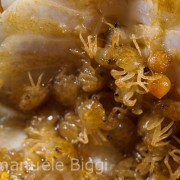 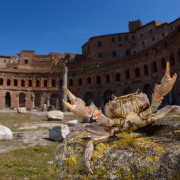