Blog & News
You are here: Home / Blog & News / News / The parasite’s parasite: everyone has a bad day

Among the most astonishing things about the rainforests is that in your entire life, even living inside one of them, you will not be able to witness every phenomenon of this immense “box” of marvels. Maybe a lot of them, maybe “almost” everything, but not all.

Life comes and go in different ways into such environments and we also lack the knowledge of most of the interactions happening here.
Luckily enough there’s good old nerd people out in the field looking for everything in their field of study, giving us a deeper view of the green empire each year, and they even find the parasites of other parasites, like a real matrioska doll of sneaky nature.

First of all
You should know that there are fungi which evolved to grow not on decaying matter, but on living things, like the ones attacking plants, athletes feet and… insects! These last ones are the main aim of this post (I’ll leave the fetish-loving ones for another time, sorry you morbid readers). These insect parasites belong all to the Family Clavicipitaceae, mainly known for their zombie-making species into the rainforests of the world, normally belonging to the genus Ophiocordyceps.
These fungi are able to interact with the insects minds, turning them into zombie-like creatures and drive them on elevated places, sometimes far from their secure places. There the insect will lock on a stem, finally dying because of the fungus attack and letting the spores of the fungus to be spread by wind on the land below, where they’ll enter other insects to continue the insect-zombie-apocalypse. Or at least, it’s what the have in mind.
But you know, the enemy of my enemy is my friend even in nature, and zombie-making fungi have their own problems.

The fable
Let’s tell it as a horror fantasy story from a book:
the zombie (ant of the genus Camponotus), the villain (Ophiocordyceps unilateralis group) and the white knight (Polycephalomyces sp.). The “white knight” is a so called “hyperparasite” (the parasite of a parasite) and it specializes on parasitizing the “villain”. In this way the number of the ants zombified by Ophiocordyceps is kept balanced by the presence of the “white knight”.

And for those who are saying “why should I care about all this story about a parasite of a parasite fungus?”, you should know that Ophiocordyceps alone produces various substances (naphtoquinones) which are proven to be effective against malaria, (some types of) cancer and (some) bacteria. So once again, after a good fire-side nerd story of zombies and hyperparasites, I find myself shouting loud: Biodiversity and nerds matter! 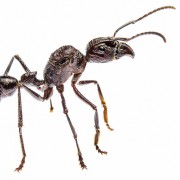 Ant save the queen: meet the bullet ant's queen 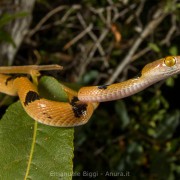 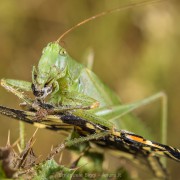 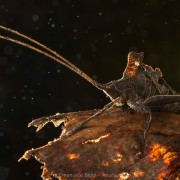 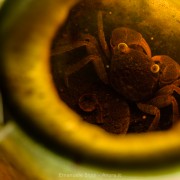 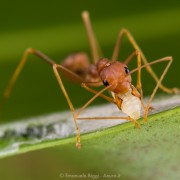